Peaches have historically been classified into two groups: canning cling, which are typically clingstone with firm flesh for processing robustness, and fresh market, which usually have flesh that softens and can be clingstone or freestone. Within breeding germplasm, selectable flesh texture characteristics include melting vs non-melting flesh, slow-melting vs. fast-melting, and clingstone vs freestone

Two genomic regions on peach chromosome 4 influence peach fruit texture. Individual DNA tests were developed for these regions. EndoPG-6 targets the F-Mlocus controlling the degree of pit-to-flesh adhesion (freestone vs. clingstone) as well as the softening type (melting vs. non-melting flesh). SMF-SSR targets the newly discovered “Smf” locus influencing the softening rate of melting types (slow-melting vs. quick-melting). Numerous phenotypic combinations  exist, captured by the Ppe-Texture DNA test captures in a single genetic assay. EndoPG-6 has three main alleles. “F” is dominant and associated with freestone melting flesh. The “f” allele is associated with the clingstone melting flesh phenotype. Recessive to both is “f1”, associated with clingstone non-melting flesh. SMF-SSR has two alleles, “Q” for quick-melting, which is dominant over “S” for slow-melting.

Ppe-Texture is a simple PCR-based DNA test consisting of two markers each targeting a different locus multiplexed into a single assay. This DNA test accurately differentiates the major texture types found in U.S. breeding germplasm. By targeting and selecting specific allelic combinations, you can directly focus on specific texture and pit adherence combinations. The predictive power of Ppe-Texture was confirmed on germplasm of four U.S. peach breeding programs in the RosBREED project. Confirm the effects in your own germplasm before widespread use.

Ppe-Texture is a particularly useful tool in parent selection. Because texture is strongly influenced by two distinct loci with their own sets of dominant and recessive alleles and overlapping effects, what might seem to be an ideal cross based on phenotypic information can produce a large proportion of seedlings with undesirable texture.

A table of haplotypes for important U.S. peach germplasm can be downloaded here. 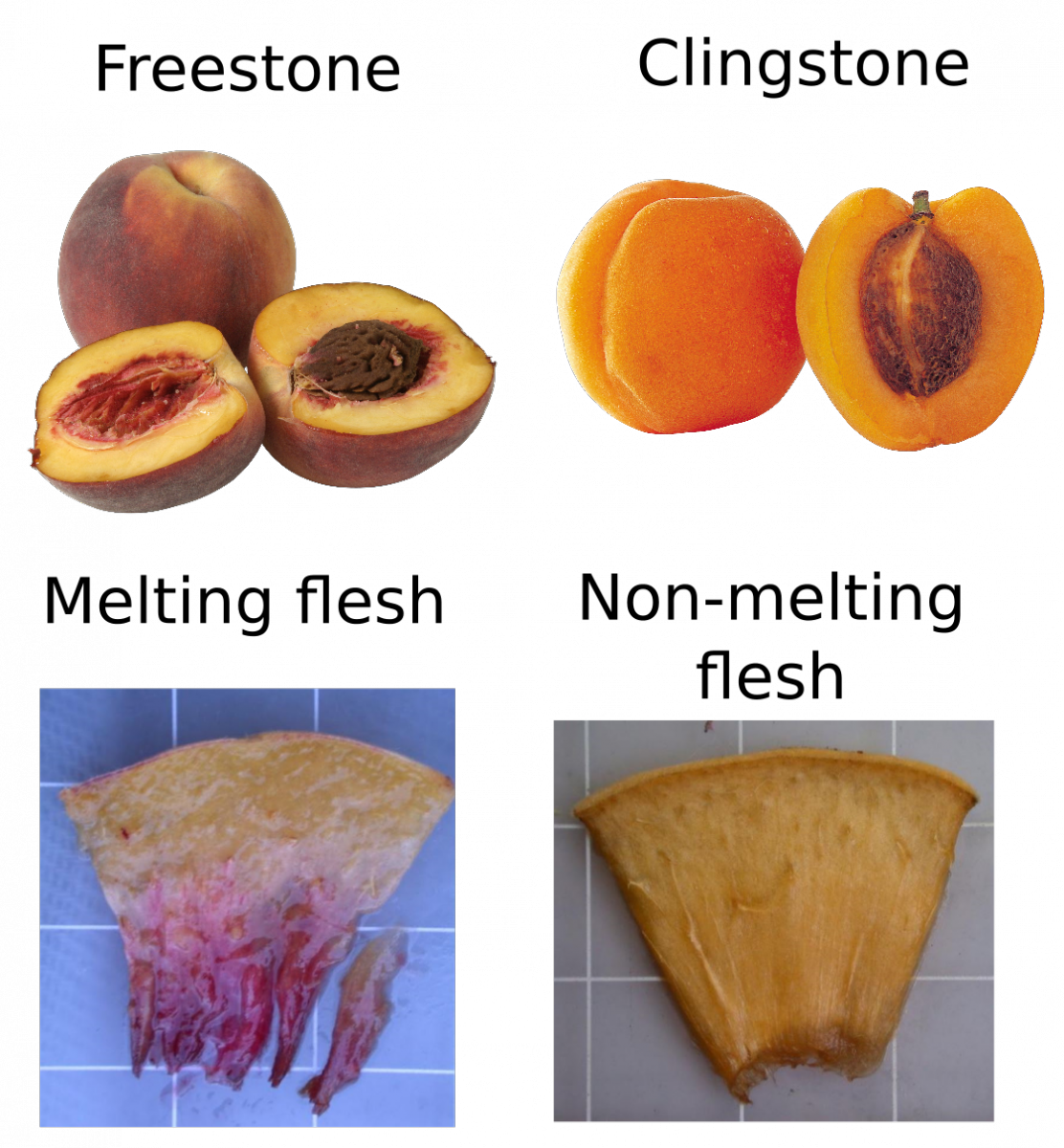 Ppe-Texture is a simple PCR-based DNA test consisting of two markers each targeting a different locus multiplexed into a single assay.